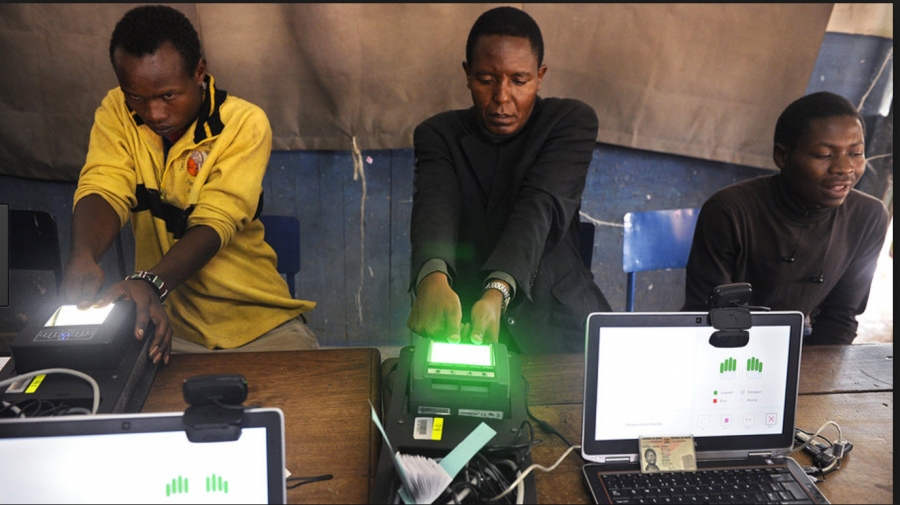 Allegations by Kenyan opposition leader Raila Odinga that the electoral system that was being used to transmit results was hacked and manipulated to ensure victory for President Uhuru Kenyatta is likely to heighten tension in the country.

Mr Odinga's decision to invoke the name of the murdered electoral commission IT head, Chris Msando, as he alleged that the election had been stolen will increase the concerns that people, mostly his supporters, have about the credibility of the election.

A group of Kenyan activists, who have been monitoring the elections, have also held a media briefing and presented documents they say are proof of the disparity between the results announced and those transmitted.

These allegations have put the electoral commission - the IEBC - on the spot.

All eyes are on its chairman, Wafula Chebukati, who only hours ago was being praised for overseeing a largely successful voting exercise.

As we reported earlier, the IEBC has since said it will investigate the allegations of hacking.

Now Mr Chebukati, like his predecessors, has the tough task of convincing anxious Kenyans that he is upholding his promise of delivering credible elections.

With about 96% of provisional results in from Kenya's election, President Uhuru Kenyatta is in the lead with 54.36% of the vote, compared with the 44.76% of his main rival Raila Odinga.

That's according to results published by the electoral commission on its website.

Mr Odinga has rejected the result, saying the result has been rigged to give Mr Kenyatta victory.