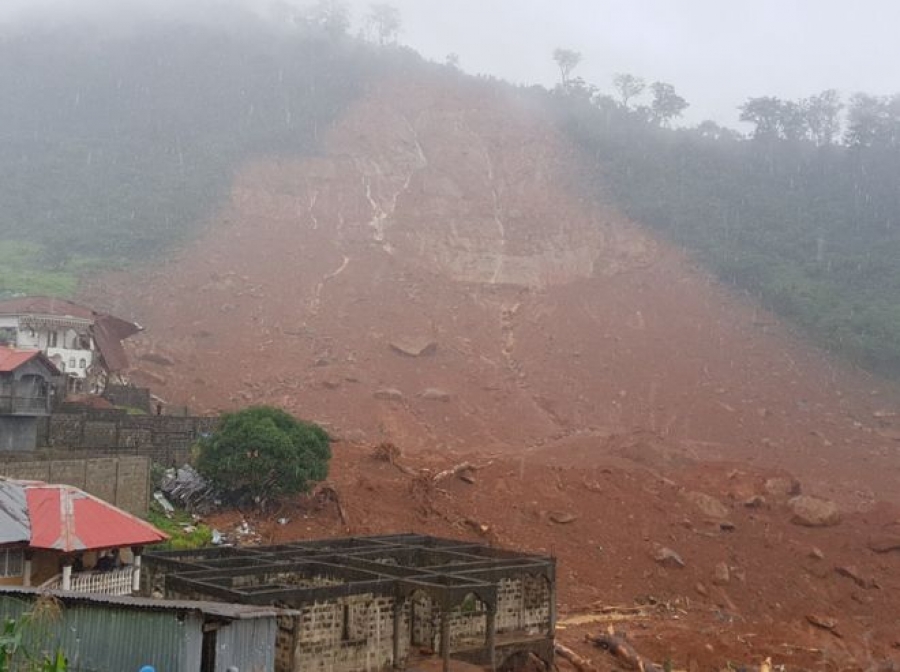 At least 179 people have been killed in a mudslide near Sierra Leone's capital, Freetown, the Red Cross says.

A hillside in the Regent area collapsed early on Monday following heavy rains, leaving many houses covered in mud.

A BBC reporter at the scene says many people may have been asleep when the mudslide occurred.

Sierra Leone's Vice-President Victor Bockarie Foh said it was "likely that hundreds are lying dead". The total number of casualties is likely to rise.

Mr Foh told Reuters news agency that the disaster was "so serious that I myself feel broken". He said that the area was being cordoned off as people were being evacuated, including many still feared trapped in their homes.

A spokesman for the Red Cross, Abu Bakarr Tarawallie, told the same news agency that 179 bodies had been taken to the central morgue in Freetown.

The AFP news agency is reporting that the total death toll from flooding in the capital has risen to 312, citing another Red Cross spokesperson.

Hundreds of people are likely to be left homeless following the mudslide.

A Sierra Leonean disaster management official, Candy Rogers, said that "over 2,000 people are homeless" as a result of the mudslide in the Regent area, AFP reports.

Mr Rogers said that a huge humanitarian effort will be required to deal with the aftermath of the flooding.