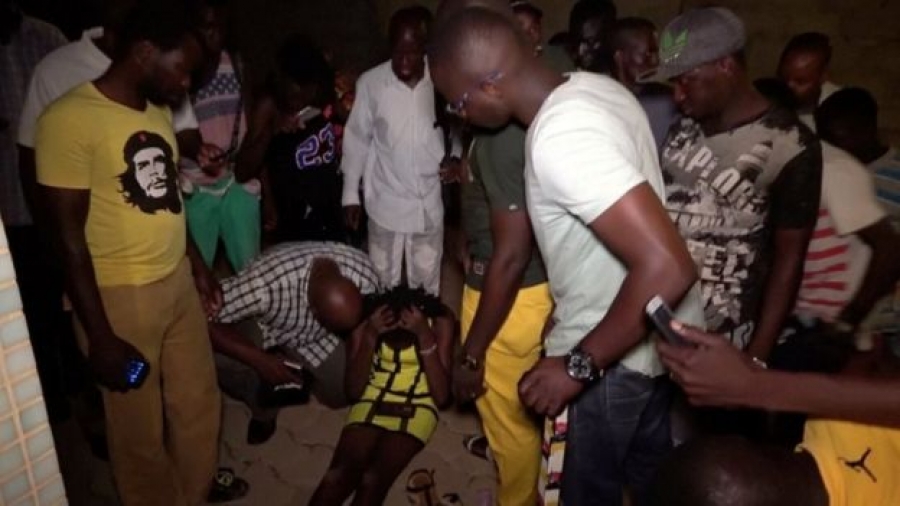 Gunmen have shot dead 18 people and injured others at a cafe in the centre of the capital of Burkina Faso, Ouagadougou, the government says.

A French citizen and a Turk were among those killed in the attack on Sunday evening on the Aziz Istanbul cafe, which is popular with expatriates.

The gunmen, thought to be jihadists, fired on customers on the terrace before making their way inside.

Two attackers were killed in a siege which lasted into the morning.

President Roch Marc Christian Kaboré condemned the "cowardly terror attack", saying the people of Burkina Faso would not give in to terrorism.

A jihadist attack on a nearby cafe in January of last year killed 30 people.

There are fears that the latest attack is the work of one of the affiliates of al-Qaeda that are active in the Sahel region, the BBC's Alex Duval Smith reports.

The shooting began shortly after 21:00 (21:00 GMT) at the cafe on Ouagadougou's busy Kwame Nkrumah Avenue.

Security forces launched a counter-assault at 22:15 and the shooting ended at about 05:00 on Monday.

One eyewitness told the BBC: "I saw there were multiple trucks or jeeps driving through my street, with... local army/police officers with AK47s, deploying in front of my house.

"I heard a lot of shootings and then I was scared as hell and I went inside. I've been hearing quite a bit of shooting."

A terrorist attack in the Sahel had been expected.

Burkina Faso is part of the Sahel region, which includes Mali where Islamist groups have been active since 2012.

Even though the Ouagadougou attack was not prevented, the fact that Mali and Burkina Faso were on alert suggests Minusma's intelligence-gathering operation is bearing fruit.

France is spearheading fundraising for a regional anti-terror force, the G5 Sahel, which will draw from the armies of Mauritania, Chad, Burkina Faso, Mali and Niger.

The force will not be operational until later this year.

The Turkish and French governments confirmed that they had lost one national each in the assault.

French President Emmanuel Macron condemned the attack and said he would hold talks with his Burkinabe counterpart, Roch Marc Kabore, to "evaluate the situation".

The attack is similar to one in January 2016, when gunmen targeted the Splendid Hotel and the Cappuccino restaurant, only 200m further along Kwame Nkrumah Avenue from the scene of the latest attack.

More than 170 people were taken hostage and 30 were killed. The al-Qaeda in the Islamic Maghreb (AQIM) group said it had carried out that attack.