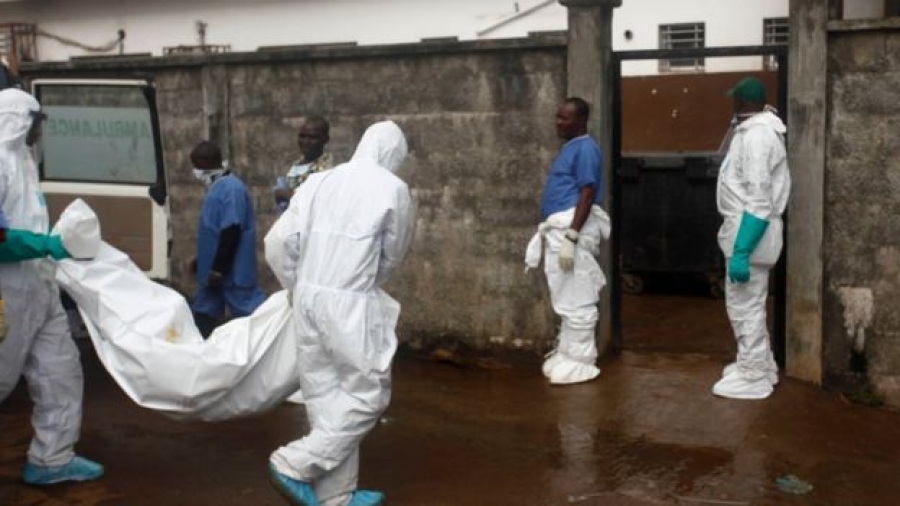 Nearly half of the 400 people known to have died in a mudslide and flooding on the outskirts of the Sierra Leone capital Freetown have already been buried, health officials say.

The government had said mass burials would be postponed until Thursday to allow relatives to identify victims.

But the chief pathologist of Freetown told the BBC that some interments had already taken place.

About 600 people are still missing following the disaster.

The burials involved people who had already been identified or whose bodies were badly decomposed, Freetown's chief pathologist Dr Simeon Owizz Koroma said.

They have been taken to a mass grave in Waterloo known as the Ebola cemetery after the 2014 disease outbreak, which killed nearly 4,000 people in the country.

Volunteers said there were more bodies inside the mortuary that urgently needed to be buried because they had decomposed.

Homes in the hilltop community of Regent were engulfed after part of Sugar Loaf mountain collapsed following heavy rain early on Monday. Many victims were asleep in bed when disaster struck.

The dead included more than 100 children.

The Red Cross has warned it is a race against time to find survivors. The search is taking place using diggers and makeshift tools.

Some international aid for the thousands of people left homeless by the mudslide has begun to arrive in the country.

Flooding is not unusual in Sierra Leone, where unsafe housing in makeshift settlements can be swept away by heavy rains.

The rains often hit areas in and around Freetown, an overcrowded coastal city of more than one million people.