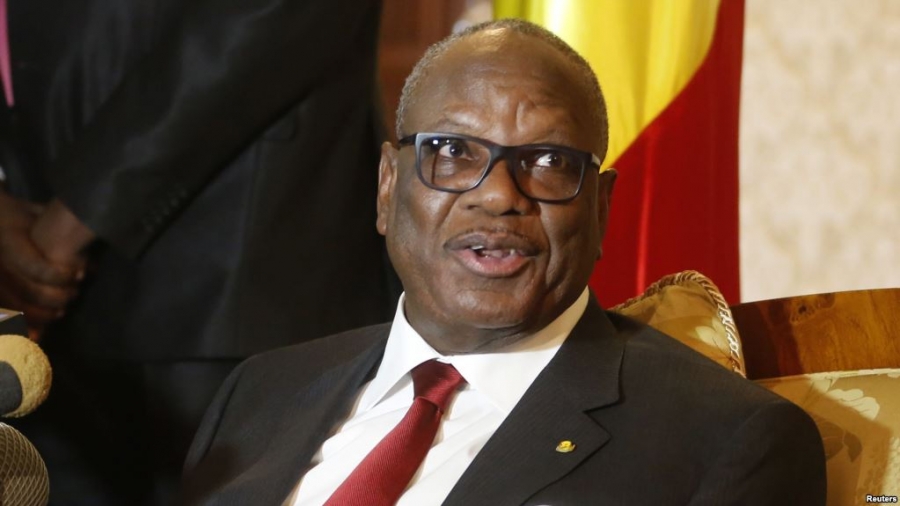 Malians went to the polls on July 29 to vote for president from a pool of 24 candidates, with the leading contenders as the opposition leader Soumaila Cisse and incumbent president Ibrahim Boubacar Keita, who was seeking a second and final term.

The build-up to the elections had been marred by increasing incidents of insecurity in the Northern and Central parts of the country, as the goverenment struggled to contain a resurgent terror threat and violent inter-ethnic conflicts.

The country has been in turmoil since Tuareg rebels and loosely allied Islamists took over the north in 2012. French forces intervened the following year but the groups have regrouped, launching attacks across West Africa and inciting tensions between different ethnicities.

It is a victory for the Malian people. International observers were stationed all over and they paid tribute to the quality of the vote.

First round: No absolute winner

Results from the first round of voting showed that no candidate had attained an absolute majority of 50 percent plus one of the votes cast.

The opposition challenged the results of the July 29 polls, but the Constitutional Court on August 8 ruled that the opposition’s applications were inadmissible, having not been filed within the time limit.

Manassa Danioko, the president of the court went ahead to declare Keita and Cisse as ‘canidates in the second ballot on August 12,2018’.

On the eve of the run-off vote, authorities restricted access to the internet.

According to France-based Internet Without Borders, the capacity of the internet had technically been restricted to prevent the use of Virtual Private Networks (VPN) and social networks.

While voter turnout in the first round was a relatively high 43%, the second round registered a dismal turnout of 27% of eight million registered voters.

Election observers said voters stayed away in droves from the country’s run-off presidential election due to fears over security and apathy.

Mali’s security minister Salif Traore addressed a news conference on August 13, explaining that some polling stations could not open because they were inaccessible.

The first round of voting had also been marred by armed attacks and other security incidents at about a fifth of polling places.

Before the results of the run-off could be delivered, the opposition’s Cisse cited more fraud, telling journalists his team had ‘intercepted ballots in Bamako and Gao’.

When the results were announced on August 16, Keita had won the vote with 67% of the votes cast, against Cisse’s 32%.

While Keita’s supporters celebrated their victory, the opposition protested the outcome as expected.

“It is a victory for the Malian people. International observers were stationed all over and they paid tribute to the quality of the vote,’‘ said Keita’s campaign manager, Bocary Treta.

Election observers including from the European Union observer mission said that although there were irregularities and disruptions, they saw no evidence of fraud.

During a hearing broadcast on public television ORTM, the constitutional court rejected all the arguments of the opposition candidate, Soumaïla Cissé, finding them inadmissible or unfounded for lack of evidence, thereby confirming Keita’s victory.

During his inaugural address this week, which was boycotted by the opposition, Keita pledged to address to address deteriorating security caused by an Islamist insurgency and inter-ethnic clashes.

Mali’s allies including the European Union and the United States have called for the ‘urgent implementation of the 2015 agreement for peace and reconciliation’.

Keita will also have to deal with economic and governance challenges during his second and final term.