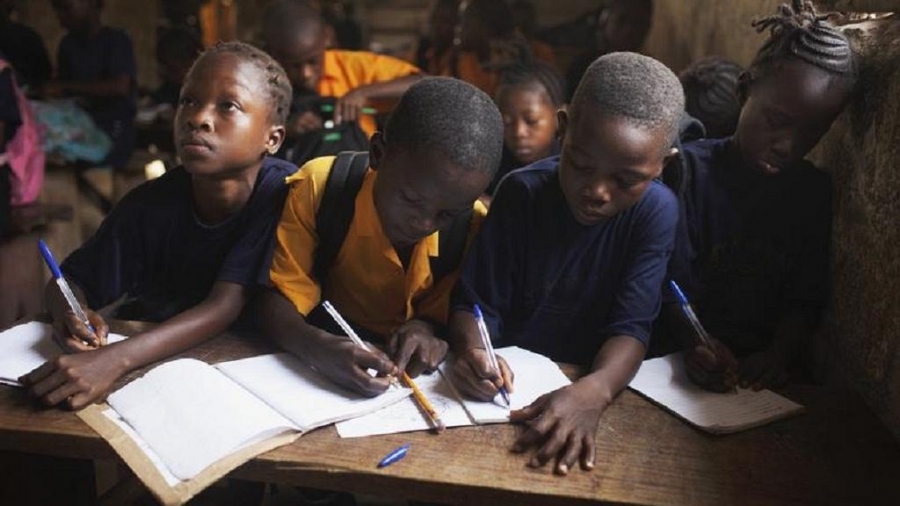 Some two million children in Sierra Leone went back to school on Monday in a key test of the country’s landmark free education programme for primary and high school students.

It was a key election pledge of President Julius Maada Bio, who took office in early April. Bio has said he will donate three months of his salary to the scheme, which covers school fees and supplies.

Schools were packed on Monday and some pupils were unable to get in due to a lack of space.

“We turned down 30 percent of the kids seeking admission at our school due to lack of sitting accommodation. We will not exceed the teacher-pupil ratio of 50 per class,” said Florence Kuyembeh, principal of a girls’ secondary school in the capital Freetown.

But outside, one mother was in tears after her child was turned away for lack of places.

“I’m very disappointed with the free education (scheme). The school failed to admit my kid to the school of her choice due to lack of space,” Safiatu Sesay told AFP.

And others had concerns about just how much of the costs the government was actually going to cover.

“We are happy for the free quality education but the government had promised during the election to provide our children with books, uniform, shoes and school buses but they only paid for school fees,” another parent called Idrissa Kamara told AFP.

Last week, Finance Minister Jacob Jusu Saffa said the government had paid the fees for 1.1 million children in nearly 3,500 schools and would be picking up the tab for another 158,000 pupils.

Despite vast mineral and diamond deposits, Sierra Leone is one of the world’s poorest countries and half of the population over the age of 15 is illiterate, according to a UNESCO 2015 report.

It is trying to recover from the social and economic fallout from a long civil war, and more recently, an outbreak of Ebola which killed 4,000 people between 2014 and 2016.

But its economy remains fragile and corruption is widespread.