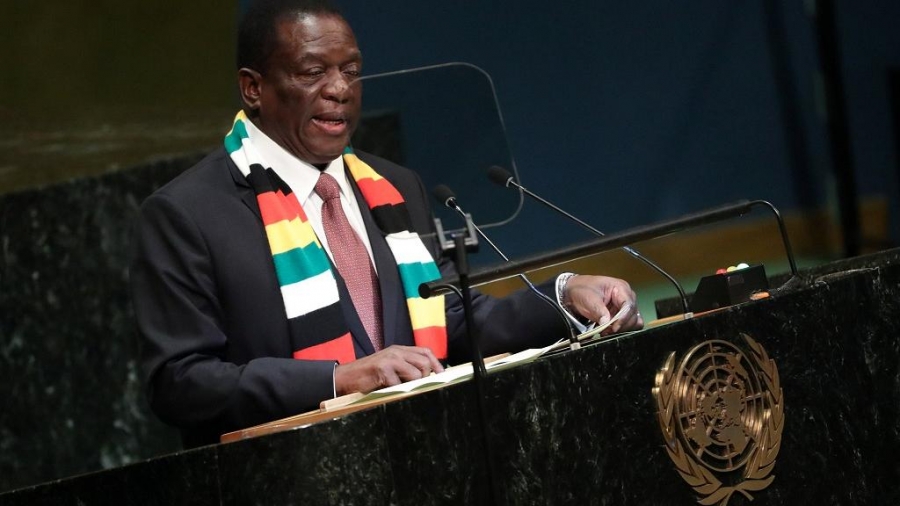 Zimbabwe:Mnangagwa to consider voting rights for Zimbabweans in diaspora Featured

Zimbabwe’s president Emmerson Mnangagwa has pledged to consider the plea of the country’s diaspora who have consistently asked for the right to vote, the state affiliated Herald reported.

Addressing Zimbabweans in New York, United States ahead of the United Nations General Assembly, Mnangagwa said he agrees with the principle of diasporans voting, even though it could not be implemented in the July 30 election this year.

“I agree with that request, but we were not able, in the time available, to have the logistics put into place to implement that objective. We now have five years where we can work on that objective where we can see whether we can implement it,” President Mnangagwa said.

Mnangagwa and the ruling ZANU-PF party won the July 30 elections, the first in the post Robert Mugabe era.

The opposition, led by Nelson Chamisa of the Movement for Democratic Change Alliance have disputed the presidential election and continue to question the legitimacy of Mnangagwa’s presidency.

Mnangagwa used the occasion to ask Zimbabweans to unite behind his government to revive the economy and aspirations of the country.

‘‘We truly are one nation, united in our hopes and dreams. We are embarking on a new journey of growth and development. It won’t be easy, but we must traverse it together,’‘ appealed Mnangagawa.

Zimbabwe’s voting system is polling station-based, allowing people to cast ballots at specific centres in their areas of residence in the country.

However, people on government service abroad can cast postal ballots.