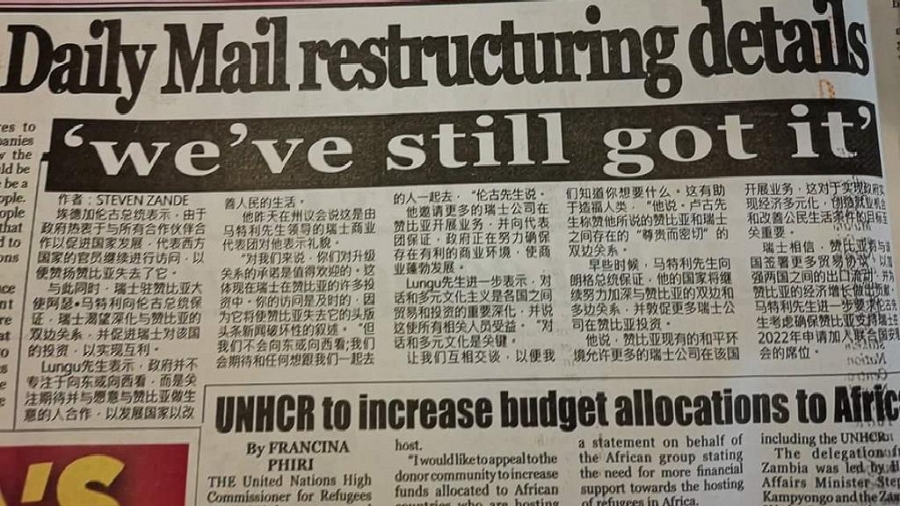 On Tuesday morning, patrons of Zambia’s state-owned newspaper, Times of Zambia, found more than the usual English they expected in their copies.

The paper had published an article in Mandarin – The dialect of Chinese spoken in Beijing and adopted as the official language for all of China.

The Chinese article in question was titled ‘We’ve still got it’ was written by one Steven Zande. The English version of the story was the main story of the day. Reporting about President Edgar Lungu’s pledge to maintain Zambian interest in dealing with donors – be they from the east or west.

This is the latest in a China-dominated last few days for the southern African country. Reports emerged over the week that the country had deported Kenyan pan-Africanist PLO Lumumba reportedly over his hard stance on China.

Then on Monday, police in the capital announced the arrest of a Chinese national for allegedly giving illegal military training to a security firm.

The publishers of the paper have yet to comment on the move but it has not stopped citizens from expressing outrage at the event.

A leading local portal, Mwebantu asked on their Twitter handle if Mandarin had been added to the list of national languages.