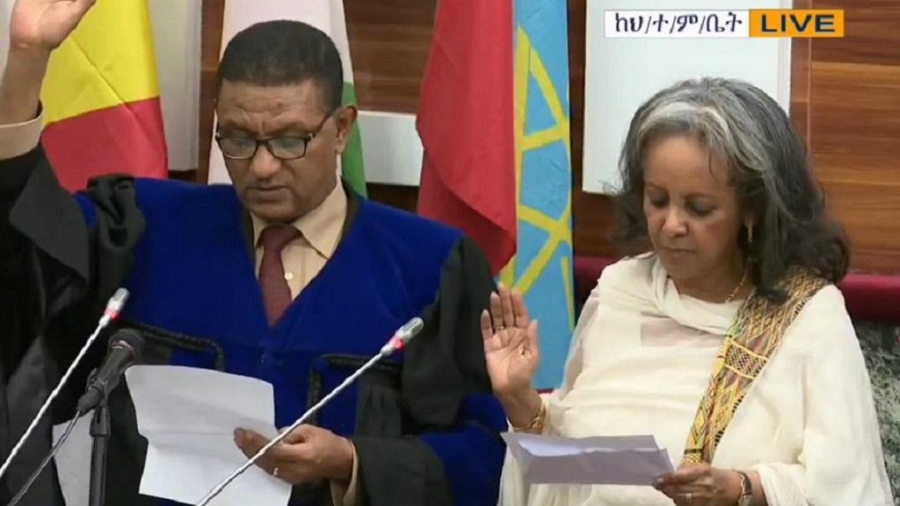 Even before Ethiopia’s parliament approved Sahle-Work Zewde as the country’s new president on Thursday, the veteran diplomat had been receiving congratulatory messages on social media.

Parliamentary members from the House of People’s Representatives (HPR) & House of Federation (HoF) accepted the resignation of now former president Teshome Mulatu, before proceeding to elect Zewde to replace him.

Following her swearing-in ceremeony, Zewde addressed the legislators, making a passionate appeal for peace in the country.

The East African nation with a population of over 100 million people, is currently plagued with bloody inter-communal disputes that have displaced 1.4 million people this year, according to the Geneva-based Internal Displacement Monitoring Centre.