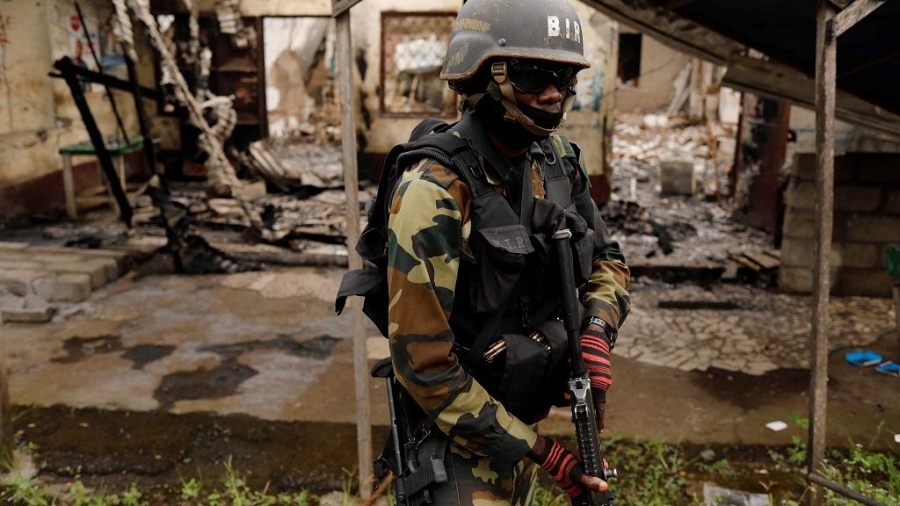 Clashes between separatists, army kill at least 10 in Cameroon Featured

Separatists in Cameroon countered the death toll figures given by the government, following heavy fighting between the army and rebels on Wednesday.

The conflict between Anglophone separatists who want to create an independent state called Ambazonia and government forces has killed hundreds since last year and emerged as Biya’s greatest security problem in nearly four decades in power.

Threats by the separatists disrupted voting in Cameroon’s two Anglophone regions during the Oct. 7 election, keeping turnout to 5 percent in the Northwest and 16 percent in the Southwest.

For the past two months, the regime has attacked our camps. We lost seven and a couple of others were wounded.

Cameroon government spokesman Issa Tchiroma Bakary told Reuters the army killed about 30 separatists in fighting early on Tuesday morning near the northwestern town of Ndu and freed 16 hostages held by the rebels.

One government soldier was killed in the fighting, he added.

Cho Ayaba, head of the Ambazonian Defense Force, one of the main Anglophone secessionist groups, disputed Tchiroma’s death toll. He said seven rebel fighters were killed when the army sacked one of their camps, and three army soldiers also died.

“For the past two months, the regime has attacked our camps,” Ayaba said. “We lost seven and a couple of others were wounded.”

Cameroon’s linguistic divide dates back to the end of World War One, when the League of Nations divided the former German colony of Kamerun between the allied French and British victors.

The army has burned villages and killed unarmed civilians, residents have told Reuters, forcing thousands to flee to French-speaking regions or neighbouring Nigeria.

Biya won the election with 71 percent of the vote, extending his 36-year-rule, the second-longest of any African leader.