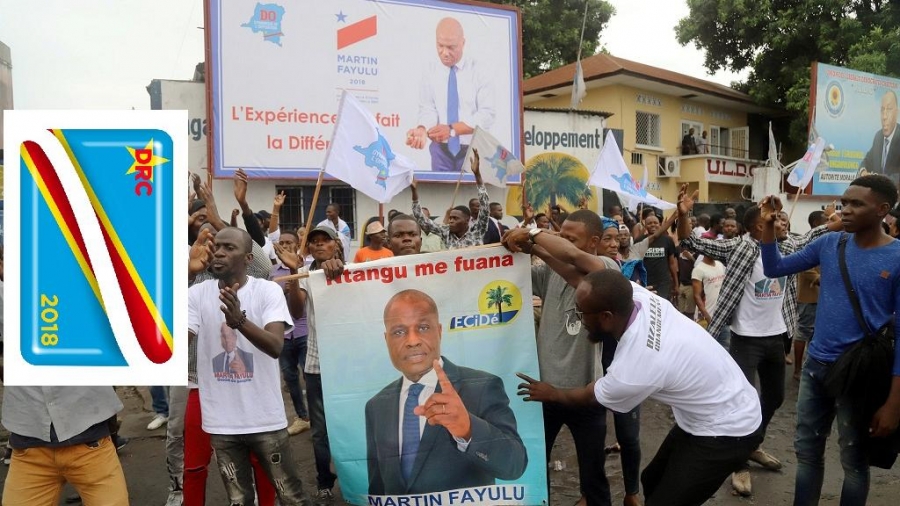 The chosen unity candidate of the opposition in the Democratic Republic of Congo (DRC), Martin Fayulu is scrambling to keep the coalition together, after two candidates withdrew their support on Monday.

Fayulu, a little-known MP, unexpectedly selected as unity candidate in talks in Geneva, insisted the accord was not dead and buried, and urged dissenting leaders to return to it.

“The agreement is still alive,” Fayulu said on the television channel TV5Monde after two other party leaders backed away from the accord just a day after signing it.

We've had enough! Our Congo deserves better than this.

Felix Tshisekedi of the Union for Democracy and Social Progress (UDPS) and Vital Kamerhe of the Union for the Congolese Nation (UNC), pulled out of the coalition after their supporters protested the choice of Fayulu as the unity candidate.

“I urge my brothers to overcome partisan considerations and to give priority to the nation’s higher interests,” he said later in a tweet. “It’s never too late to do the right thing.”

The elections, also unfolding at legislative and municipal level, are a watershed for this volatile country, which Kabila has ruled since 2001. Foreign observers fear a violent flareup if the vote goes awry.

According to an opinion poll published in late October, Tshisekedi and Kamerhe were leading the pack ahead of the December election followed by Ramazani Shadary.

In an interview with RFI news channel, Fayulu said it would be difficult to consider stepping down, for one of the two candidates that have withdrawn their endorsement.

‘‘This is a disaster. Why would I do that? I was the one chosen by the group and I think that I have the capacity, abilities and competencies to do the job,’‘ Fayulu said.

Fayulu, who turns 62 on 21 November, is the president of the opposition party Commitment for Citizenship and Development.

According to the French-language magazine Jeune Afrique, the Geneva accord also raised the scenario of what would happen if the December 23 elections hit a snag.

In the event the presidential ballot did not take place, opposition leaders would hold a conference to discuss “new options,” the magazine said, citing the agreement.

Angry opposition supporters have interpreted this as a ploy by the barred candidates, former vice president Jean-Pierre Bemba and ex-provincial governor Moise Katumbi, to influence a boycott of the polls.

Both were barred from running in the December ballot by DRC’s electoral commission but attended the Geneva talks.

“We thought that our ‘barred’ friends were not being sincere with us, that they wanted to draw us into a boycott, which is a dangerous path for DRC,” UDPS secretary general Jean-Marc Kabund told AFP.

“We had to spill our blood before Kabila agreed to hold these elections. And we’re going to sacrifice this effort? We can’t accept any of that,” he said.

In another rift with fellow opposition parties, the UDPS has also said it will accept the use of electronic voting machines if this means the ballot can go ahead. Critics, including Fayulu, oppose the machines, seeing them as an invitation to fraud.

The squabbles have predictably been fodder for Kabila’s side, who on Twitter said the divisions represented “the nth betrayal of our people by the leaders of the Congolese opposition.”

“Our only choice is to forge change by ourselves,” it said. “We’ve had enough! Our Congo deserves better than this.”

Fayulu, in his TV interview, said the U-turn was “extremely serious.”

“What message are we sending to children and the public, especially we in the opposition who are always saying that the Kabila government does not respect the constitution?” he asked.