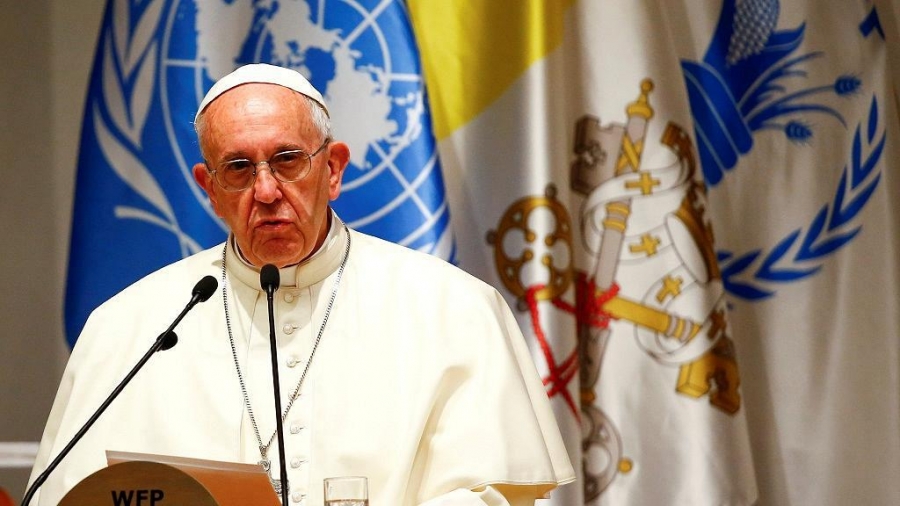 Pope Francis, leader of the world’s Roman Catholic faithful has warned priests in Nigeria to accept a 2012 appointment of a bishop or risk being suspended for disobedience.

The Holy Father last Thursday (June 8) met with a delegation from the Ahiara diocese in south-eastern Nigeria which has been without a bishop due to the rejection of retired Pope Benedict XVI’s appointment of Peter Okpaleke.

The Vatican newspaper L’Osservatore Romano confirmed the Pope’s anger adding that he had ordered the priests to officially write to him by July 9 seeking forgiveness and accepting the 2012 appointment, failure for which they will be suspended.

"The Catholic Church has had a system operating for hundreds of years and that is not going to change now because they want someone from their area."

He is quoted by the Catholic Herald newspaper as saying the priests ‘‘must clearly manifest total obedience to the Pope,’‘ or be ready to lose their office.

He added that the unusual tough line was because ‘‘the people of God are scandalized. Jesus reminds us that whoever causes scandal must suffer the consequences.’‘ At the heart of the rejection was that, Bishop Okpaleke did not belong to the local area he was designated to lead.

President of Nigeria’s Catholic Bishops Conference confirmed the Pope’s anger at the action of the priests in the Ahiara diocese, Archbishop Ignatius Kaigama, was at the meeting where the Pope issued his obey or be suspended directive.

He told the BBC Africa service that the Pope was visibly disturbed that his children were being recalcitrant, contrary to how things are done in the church.

‘‘I could see the pain in the Pope’s eyes. He was upset that his children were going in a different direction.

‘‘The Catholic Church has had a system operating for hundreds of years and that is not going to change now because they want someone from their area. We are shocked, surprised and disappointed that they have rejected an appointment by the Holy Father,’‘ he added.