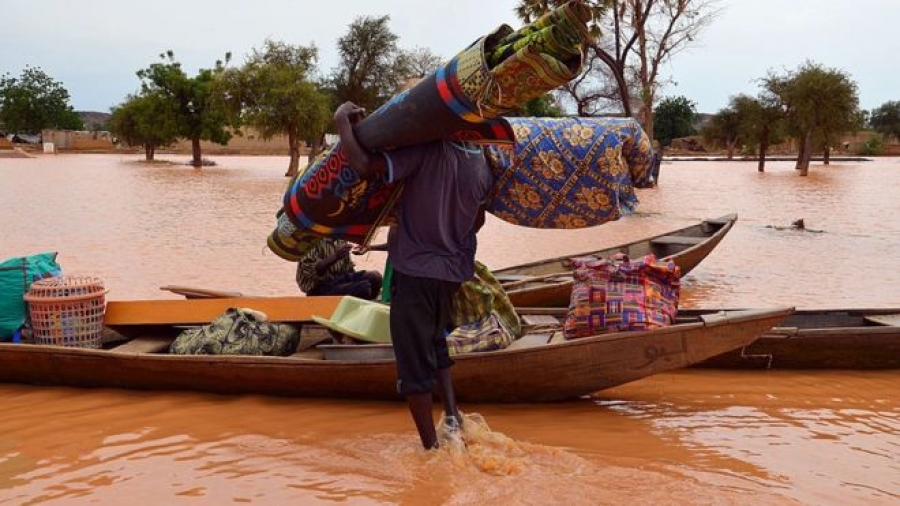 At least nine children are reported to have died as houses in Niger's capital, Niamey, collapsed following heavy rain.

The rain has caused floods and extensive damage, including to one of the main markets in the city centre.

Homes collapsed in several parts of the city, trapping or killing those inside, AFP reported Zourkaleini Maiga, secretary general of the local authority, as saying.

Last month, the UN warned that 106,000 people in Niger were at risk of floods.

One woman told local television that three of her four children had died while sheltering from the rain by the wall of a neighbour's house.

Two television channels, Tele-Sahel and Tal-TV, had their programming interrupted on Tuesday evening when their studios flooded, AFP reported company officials as saying.

Reports in Nigerian newspapers have also spoken of transport links with northern Nigeria being cut in the past few days, as two road bridges on key routes were washed away in the Mokwa area and a railway line was severed.

One blogger posted images purporting to show a tanker and other vehicles that had come off the road as one of the bridges gave way.

Niger's government declared a state of emergency on the country's state roads following the bridge collapses, the News Agency of Nigeria said.

It quoted Niger's state commissioner for information Jonathan Vatsa as saying: "Road users should henceforth be very careful and take precautionary measures while travelling on the roads as anything can happen. The federal roads in the state are no longer safe.

"I advise drivers of trucks and articulated vehicles to be conscious especially when approaching a bridge."

The rainy season in Niger, which lasts for at least three months, has just started.

Floods last year affected tens of thousands of people and killed dozens, mainly in the desert regions of Agadez and Tahoua.