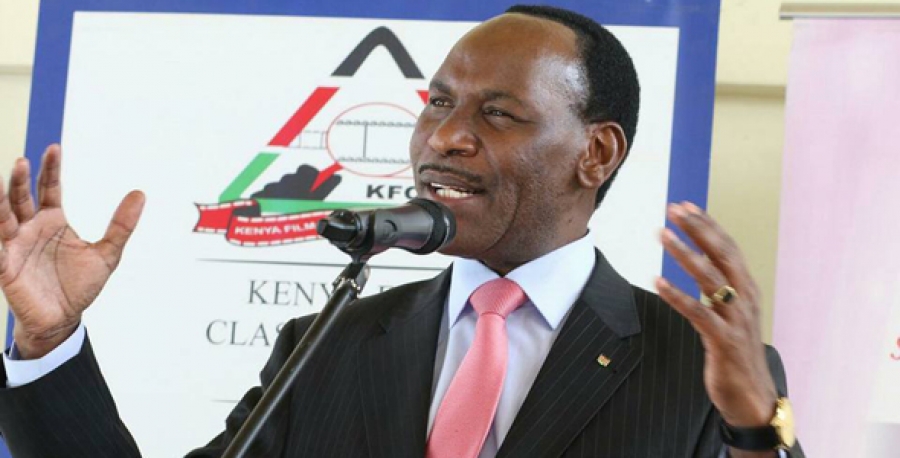 The Kenya Film Classification Board (KFCB) on Thursday morning banned several children programs on the pay television, DSTV and GOTV that are said to promote homosexuality.

KFCB chief executive officer, Ezekiel Mutua, through a statement, said that over the last couple of weeks they have received complaints from people that a section of pay TV services are distributing content glorifying homosexual behavior contrary to the law and the KFCB guidelines.

“Most of these programs target vulnerable children with subtle messages that are deliberately designed to corrupt their moral judgment regarding the institution of family, “the statement reads.

This was followed by thorough investigations prompted by the complaints and the board established that the kids’ shows are indeed legitimate and are currently being aired on DSTV and GOTV, owned by the multichoice limited.

The banned programs include Loud House, the Legend of Korra and Hey Arnold, which are animation TV shows aired on the Nickelodeon channels.

Others are Steven Universe and Adventure Time on Cartoon Network, another channel available on DSTV and GOTV.

KFCB claim that these programs have been rated as suitable for children yet they contain elements that are intended to introduce children to deviant behavior.

“Most parents in Kenya may not be aware that the children’s programs are laced with retrogressive and bizarre messages intended to promote the lesbian, gay, bisexual and transgender agenda in the country, “the statement reads.

In the statement KFCB further says that the programs bear misleading age suitability ratings that are inconsistent with the KFCB content classification guidelines and indeed against the laws of Kenya.

Also in the statement, KFCB says to have contacted Multichoice Kenya through a letter and asked the network to discontinue the broadcasting and distribution of the programs with immediate effect as access of such content by children is prohibited.

However Multichoice PRO, Philip Wahome told The Standard they had not received any formal statement from KFCB but added that  he was aware of the reports circulating in social media.

“We cannot act on reports from social media. We need formal communication from KFCB so that we can take the appropriate action,” added Wahome.

The KFCB boss, Ezekiel Mutua posted this message on Facebook and it happened to be a sigh of relief to many Kenyans.

Many of the comments showed that people are happy with the move Mutua has taken. He was applauded for the good job he has done and was requested to even go deeper and find out the root course of the problems among the people.