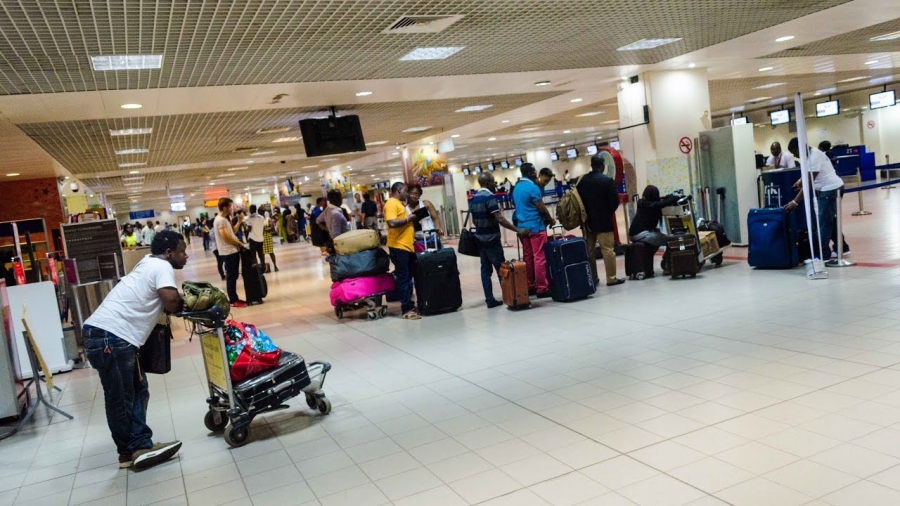 ‘Use local languages at airport alongside English, French’ Featured

A lecturer in African and gender studies at the Institute of African Studies, University of Ghana, Professor Akosua Adomako Ampofo, has condemned the sole use of English and French languages at the departure and arrival lounges of the Kotoka International Airport.

She said the use of those languages without a corresponding Ghanaian language was one of the signs of the loss of identities as Ghanaians, as language was inextricably linked to identity.

“When you leave Kotoka or arrive, you hear English, sometimes French. Never a Ghanaian language. Do we assume that all travellers should be speakers of a colonial language?” Prof. Adomako asked rhetorically.

She was speaking at her inaugural lecture as a fellow of the Ghana Academy of Arts and Sciences (GAAS) last Friday.

Speaking on the topic: “Who are we and whose are we? Identitying and transforming the nation,” she sought to convince her audience about the loss of collective identities as Ghanaians and how that had eroded the capacity of citizens to have a positive self-image for the transformation of the country.

She argued that strong individual and national identities were important for positive social and economic outcomes.

Prof. Adomako said he was of the view that Ghanaians had mortgaged their personal and national identities, and the attendant state of confusion about who they were had resulted in an identity crisis.

She variously termed crisis as “a state of schizophrenia about who we are,” “a loss of self-worth,” “a damaged self-image” and “the struggle to know who we are.”

Using food, language, architecture, clothing and artefacts, she analysed how those areas had been relinquished to foreign influence, which in turn informed the standards Ghanaians lived by.

She also endeavoured to whip up the passion of her audience for the return to and the perfecting of Ghanaian arts, literature and culture, as a means of regaining lost identities through what she termed “a collective identity project”.

She said other African countries such as South Africa, Botswana, Burundi, Central African Republic, Ethiopia, Kenya, Rwanda, Somalia and Swaziland had incorporated mother tongues as national languages, and wondered what made it difficult for Ghana to do the same.

“The fact that English language is our main medium of exchange, when we know that millions of our citizens communicate in their own languages, means that not only do we disenfranchise them, but we don’t also maximise their contribution to our society,” she said.

Prof. Adomako argued that the country’s huge food imports, including polished rice and those in supermarket shelves, were all indicative of the country’s collective loss of identity.

“Identity is about who individuals believe themselves to be and food cultures are a core area through which we construct our identities,” she said.

She said our contribution to the expressive and creative culture, such as dress, music, arts and architecture, was being erased from world history by others who appropriated, commercialised and sometimes denigrated them.

In reclaiming positive identities, Prof. Adomako proposed a return to the country’s indigenous ways of doing things, perfecting them to position them as viable alternatives to others.

Sher urged all to, therefore, get involved in strategically deploying the country’s culture for the benefit of all, while urging state institutions such as the National Commission for Civic Education (NCCE) to be up and doing in getting all to have that positive identity.

The immediate past Vice-President, Arts Section of the GAAS, Professor Emerita Elizabeth Ardayfio-Schandorf, who is also a fellow FGA, expressed the hope that the audience had taken lessons to reclaim their identity.