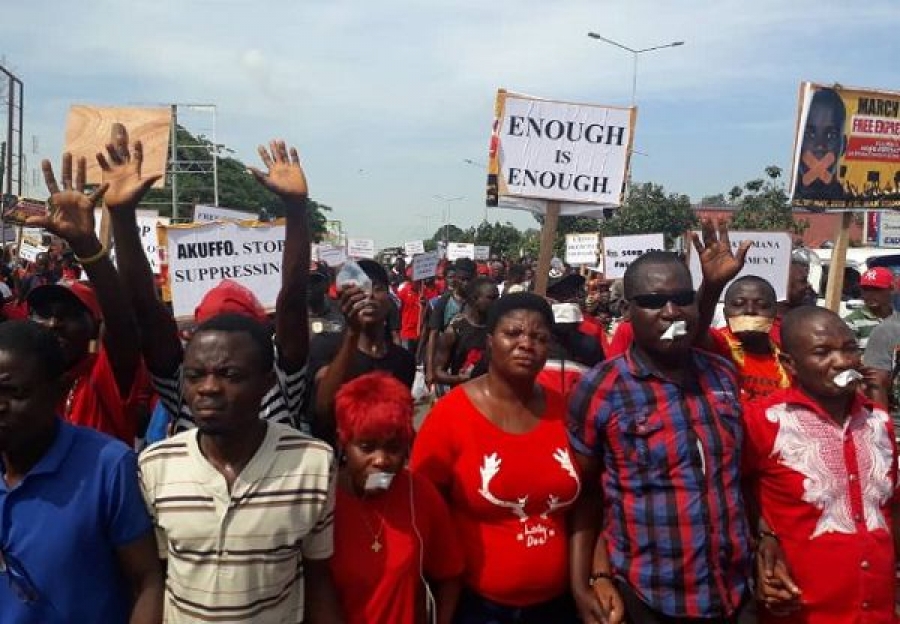 A group calling itself Free Media Vanguard has given the National Communications Authority (NCA) a one-week ultimatum to reopen Radio Gold and Radio XYZ.

The group believes the NCA closed those stations based on political motivation.

The group on May 21, 2019, hit the principal streets of Accra to protest and also presented a petition to the NCA and insisted two major pro-opposition stations, Radio Gold and Radio XYZ should be reopened in a week time.

After their presentation of the petition to the NCA, the group joined Minority Members in Parliament.

Chanting amidst singing, the protesters demanded a U-turn on the part of the NCA and said the government was “stifling media freedoms.”

According to reports, officials from the NCA and the Ghana Police Service went there to halt operations of the two stations.

A statement issued by the NCA said the Authority is shutting down radio stations operating without valid authorisations.

"Radio stations operating without valid authorisations as determined by the 2017 FM Broadcasting Audit are being shut down with immediate effect as an enforcement action in view of the decision of the Electronic Communications Tribunal."