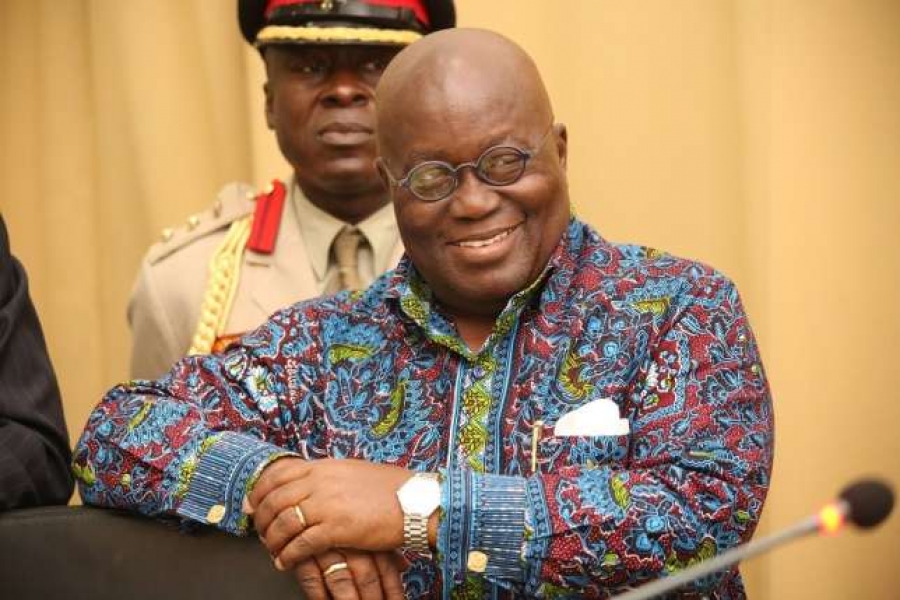 President Nana Addo Dankwa Akufo-Addo has assured the people of Ghana that the resources and wealth of the nation will not find their way into his pockets, but will be used for the rapid development of the country.

According to President Akufo-Addo, “we are going to ensure that all the money that is mobilised by government is spent in dealing with the issues that concern our people, and that they do not find their way into my pocket or the pocket of my ministers. We are not going to allow that to happen again.”

The President made this known at a grand durbar of Chiefs of the Upper East Region, at Bolgatanga, on Wednesday, 4th October, as he began his 2-day tour of the Region.

In addressing the concerns of the Chiefs of the Upper East Region on the deplorable nature of their roads, President Akufo-Addo noted that “everywhere I go, the first thing people ask me is about their roads.

“So this unprecedented infrastructural development trumpeted by my opponent in the last election could not have been about roads, it must have been something else. You, yourself, have pointed out how very poor your network is. We are going to work on it,” he assured.

On the rehabilitation and restoration of the country’s railway network, President Akufo-Addo bemoaned “one of the saddest and most egregious decisions that was made”, which was to allow the railway network inherited from colonial times to get into disuse.

“It is absolutely essential for the rapid development of our country that we connect our country by railway, and we are going to do it. Very, very soon, the Minister for Railways is going to roll out, before the country, the exact plan that we have to redevelop our railway infrastructure. You can be sure that you, the people of the Upper East Region, will be right in the centre of those considerations for railway development,” he added.
Reiterating his commitment of ensuring universal access of electricity to all parts of the country, and with the Upper East being the part of the country with the least access to electricity, 60% access, the President stated that it is necessary that every effort is made to accelerate the provision of electricity to the Upper East.

“So this year, 2017, and 2018, a total of 660 communities in the Upper East will be connected to the electricity grid, to expand electricity access to all in the region,” he added, receiving a rousing applause from the gathering.

On the request made by the Chiefs for the revamping of the Pwalugu Tomato Factory and the Zuarungu Meat Factory, President Akufo-Addo assured that these two factories are receiving urgent attention from the “outstanding Minister for Trade and Industry, Alan Kyerematen”, and decisions will be taken soon on both.

With the President scheduled to visit the Vea dam, located in the Tempane constituency, on Thursday, 5th October, 2017, he assured that “issues to do with water in the Upper East will be given the highest and most immediate attention.”

To the people of the Upper East Region, President Akufo-Addo appealed for their unalloyed support, as “the programme the New Patriotic Party has put before the country is a programme that can enable our country to develop rapidly and transform our country.”