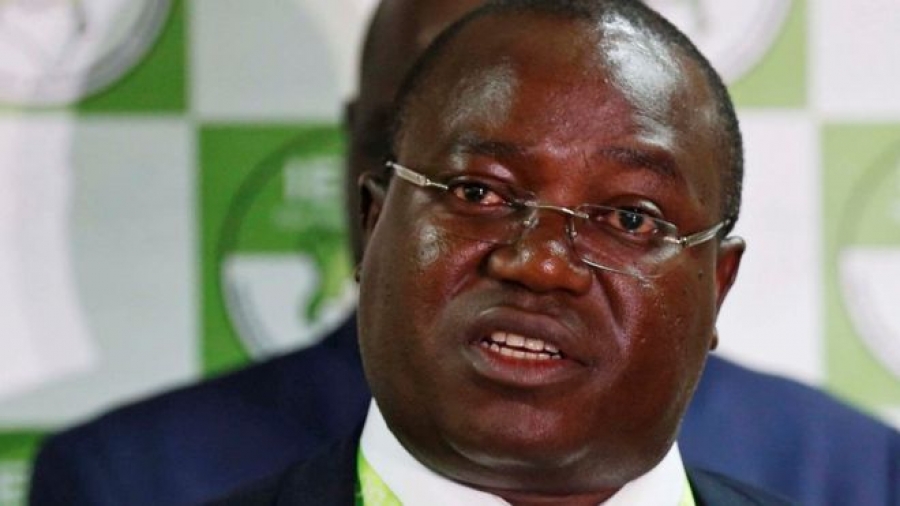 The man in charge of Kenya's computerised voting system has been found dead just days before the 8 August elections.

Chris Msando, an ICT manger with the IEBC, had gone missing on Friday.

Kenyan newspaper The Star reports that Mr Msando's body was found with one arm missing.

Tension is high as the presidential election is expected to be a close race between incumbent Uhuru Kenyatta and long-time opponent Raila Odinga.

Police said on Monday that his body and that of an unidentified woman had been found in the Kikuyu area on the outskirts of Nairobi and taken to the city mortuary.

The BBC's Alastair Leithead in Nairobi reports that Mr Msando had been making regular appearances on Kenyan media to reassure the public that the electronic voting system he had helped develop could not be hacked nor count duplicate votes.

During the last election, the electronic system failed and there were accusations the result had been rigged.

Our correspondent adds that there are fears there could be violent clashes between rival supporters if the election result does not go their way.

However, few expect the type of violence which killed more than 1,200 people in ethnic, post-election violence 10 years ago.

Following the clashes the International Criminal Court charged President Kenyatta and his deputy with instigating violence, but the charges have since been dropped.