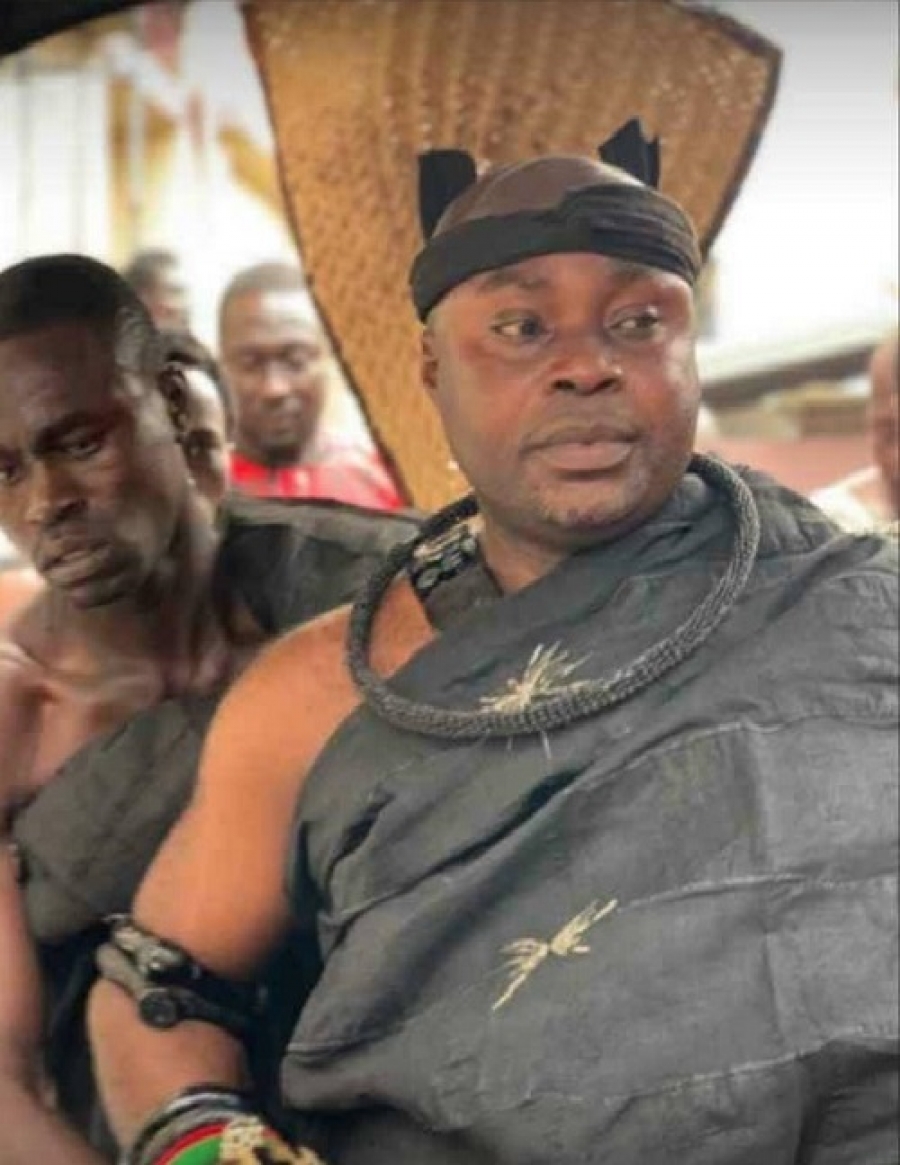 The Ghana Police Service has retrieved the mobile phone of murdered Asamponhene of Kumasi known as Oheneba Kwadwo Fodour.

The intervention of two eyewitnesses helped the police to find the mobile phone of the deceased on which some information on the phone can lead to the apprehension of the suspects.

One of the eyewitnesses told Joy FM that "I was there in the evening when i realised a car was approaching at around 4pm on Sunday it hit a rock and nearly landed into a hole, I called a young man to help to attend to the occupant, but the vehicle moved again at top speed I went home only to hear that someone has been murdered in this same vehicle, we all run to the scene to find the body in the vehicle.."

Another eyewitness Bismark Agyemeng arrived at the scene and volunteered to quench the fire.

"We saw this land cruiser was on fire I stopped and other vehicles also stopped and we used our fire extinguishers and we managed to put the fire off, somebody opened the back door and the dead body was there, there was a phone I gave it to the police.."

The Asamponhene of Kumasi known as Oheneba Kwadwo Fodour has reportedly been stabbed to death by some armed men while he was travelling on the Ejura - Nkoranza road in the Ashanti Region on Sunday, August 18, 2019.

Police officers received information that a vehicle had been involved in an accident on the road but when they arrived at the scene, they realised the victim, who was later identified as Oheneba Kwadwo Fodour had been stabbed.

The attackers reportedly also attempted to set the vehicle ablaze.

The body of the deceased has since been sent to the Komfo Anokye Teaching Hospital (KATH) in Kumasi.

The police have initiated investigations and said investigators suspect the incident was chieftaincy related.

He was a direct relative of the Asantehene, Otumfuo Osei Tutu II.

According to reports, movements of chiefs are witnessed at the Manhyia Palace around 10 pm on Sunday.