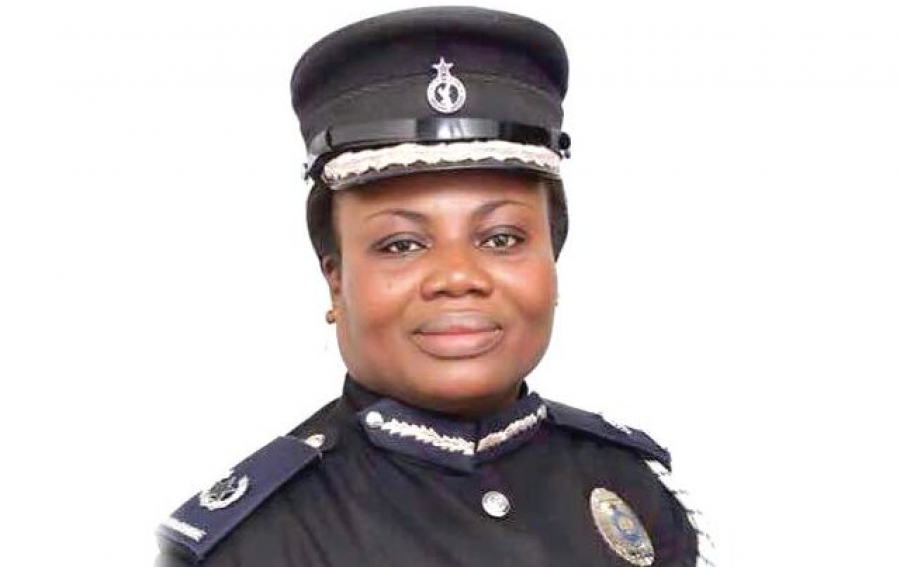 None of the eight people indicted by the Criminal Investigations Department (CID) of the Ghana Police Service over the 2018 Commonwealth Games visa scandal which became known as the ‘Australia Visa Scandal,’ has been prosecuted.

In spite of the fact that the CID submitted its investigative report to the National Security Minister in June 2018, stating that the eight would be arraigned for “making false declarations to obtain visas”, they are yet to be put before any court.

A source has told the Daily Graphic that the police have not arraigned the eight because they have not been able to obtain supporting documents from the Australian High Commission in Ghana.

The CID, on April 27, 2018, wrote to the Australian High Commission for a full disclosure of the details of all the people who travelled to Australia for the 2018 Commonwealth Games.

According to the source, the High Commission said since the information would lead to the prosecution of people, the request must be made by way of Mutual Legal Assistance (MLA), an agreement between two countries for the exchange of information.

In view of that, it explained, the police had forwarded the docket to the Attorney-General’s Department (A-G) to work on the MLA process.

“We need the supporting documents as evidence to enable us to prosecute,” it said.

The eight people allegedly travelled to Australia by posing as journalists to cover the 2018 Commonwealth Games held in Gold Coast, Australia. They were deported by the Australian authorities after it was established that they were “fake journalists”. They were part of a group of 12 Ghanaians who were repatriated from Australia during the games.

The CID investigative report showed the various means through which the deportees, who included a farmer, a carpenter and a spare parts dealer, obtained travelling documents and went to Australia by posing as journalists.

The investigations revealed that two of the 12 individuals were actually journalists, but they were deported for not having enough money to support their stay during the games. They were Isaac Ofori of Angel FM, Kumasi, and Eric Manu of the Captivating Ghana Sports newspaper.

Another deportee, Lydia Boateng, a marketing manager, was deported in Singapore, en route to Australia, on the grounds that her passport had only four months to expire, instead of the required six months.

The report further stated that two officials of the National Sports Authority (NSA) — Hussein Akwetteh Addy and Christine Ashley — were suspended as part of Ghana’s contingent and repatriated from Australia for allegedly adding the names of unqualified people to the final list of the Ghanaian contingent to the games.

“However, no information was provided as to where all those extra or illegal people were staying in Gold Coast and whether they were all arrested by the Australia Border Patrol authorities.

The allegations did not disclose what action was taken against them in Australia,” it said.

The 2018 Commonwealth Games were held from 4-15 April, 2018. In the wake of the games, the Australian authorities revoked the visas of many Ghanaians who had gone to the games allegedly posing as journalists.

Reports indicated that more than 70 people who had claimed to be journalists were deported for bearing false identities and failing to convince the Australian officials that they were, indeed, journalists.

How did the scandal happen?

Details in the CID investigative report revealed that the accreditation system for journalists covering the games was compromised because the Gold Coast Local Organising Committee (GOLDOC) opened a separate portal that dealt directly with the leaders of the journalists from media houses known as Media Accreditation Liaison Officers (MALOs).

According to the report, the MALOs were to submit the names of the journalists directly to the GOLDOC. The only role played by the Ghana Olympic Committee (GOC) was to just confirm the existence of the media houses which had applied for accreditation.

“This open-ended approach to media accreditation, without cross-checking from any professional journalism body, such as the Ghana Journalists Association and the National Media Commission or even the media houses themselves to ascertain whether or not those names submitted were actually those of journalists of good standing, gave way to unscrupulous people to take advantage of the system,” it said.

The CID explained that most of the “fake journalists” paid about $6,000 to get visas to the games. They were then told by those who facilitated their visas and accreditation to present themselves as journalists when they got to Australia.

Why Hadzide was cleared

One of the highlights of the scandal was the suspension of the then Deputy Minister of Sports, Mr Pius Enam Hadzide, by President Nana Addo Dankwa Akufo-Addo.

Mr Hadzide, who is currently a Deputy Minister of Information, was suspended along with the then acting Director General of the NSA, Robert Sarfo Mensah, on April 12, 2018 for their alleged roles in the visa racketeering scandal.

He was reinstated by President Akufo-Addo in July 2018, after the CID investigative report cleared him of any wrongdoing.
According to the report, there was no proof to substantiate allegations that Mr Hadzide had facilitated the inclusion of unqualified people into the Commonwealth Games accreditation system.

“Throughout the investigations, no person or persons interrogated ever mentioned his name as collecting money from him or her to help him or her proceed to Gold Coast in Australia,” the report stated.