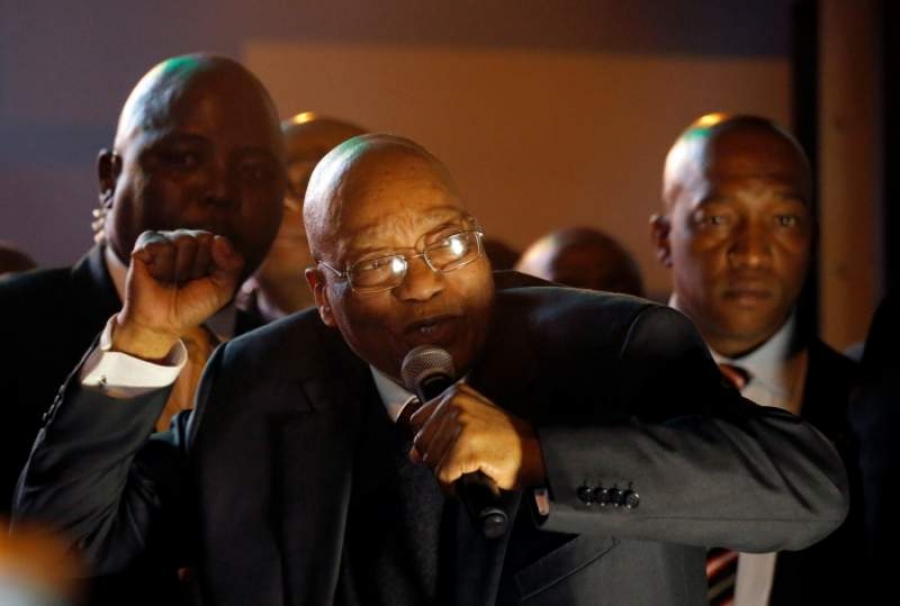 South Africa's President Jacob Zuma lives to fight another day after surviving the no-confidence vote against him. He joined ANC supporters to celebrate.

South Africa's President Jacob Zuma is celebrating after narrowly surviving his eighth no-confidence vote. He is certainly on his ninth life now.

Judging by the number of governing ANC MPs who voted with the opposition, it seems like it's going to be a short-lived celebration.

The ANC's internal squabbles have reached the back benches of parliament, and are bound to worsen.

This means that it's going to be a long road to the ANC elective conference in December, when the party will elect a new leader to replace the beleaguered Mr Zuma.

The question is whether he will survive the last two years as South Africa's president.

Some say that he will not complete his second term. But we have written his political obituary before - only for the 75-year-old president to re-emerge like a phoenix rising from the ashes.

South Africa's President Jacob Zuma has led his supporters in singing revolutionary songs at a rally to celebrate his victory in parliament.

The songs referred to South Africa's first black President Nelson Mandela, who is revered by the entire nation.

The opposition was confident that he would be voted out.